The Neighbourhood Development Plan will govern the shape and future of Benenden parish for the foreseeable future and villagers will have the chance to vote for or against it at an upcoming referendum (date to be confirmed). Here the plan’s architects and opponents put their views for and against.

Taking tough decisions for the good of the village

Those following Benenden’s Neighbourhood Development Plan will know that some 25 volunteers have worked since 2017 to develop an NDP covering Landscape and Environment, Business, Infrastructure, Building Design and Housing Allocations.  Minnie Garnier’s Housing Allocation Group knew allocating sites for new homes would prove controversial.  Around 70% of NDPs do not allocate sites, leaving this difficult decision to the local authority – it’s much easier to blame ‘the Council’.

Benenden volunteers are made of sterner stuff.  Allocating sites means local control over development and enables us to include any extra ‘windfall’ development within our agreed target.  Our volunteers were trained by Tunbridge Wells Borough Council.  They reviewed each of the 14 sites first offered by local landowners, on foot and through desk research.  Sites were assessed on a standard approach supported by experienced planning consultants.

TWBC initially gave Benenden a target of 231 new dwellings and an additional 10% ‘windfall’.  All the knowledge we had gained from our assessments of the first sites helped us to negotiate hard and eventually our target was reduced to around 100 new dwellings, plus existing permissions.

The village also asked for affordable housing, ideally almshouses. We opted for four sites, each with between 18-25 new houses: 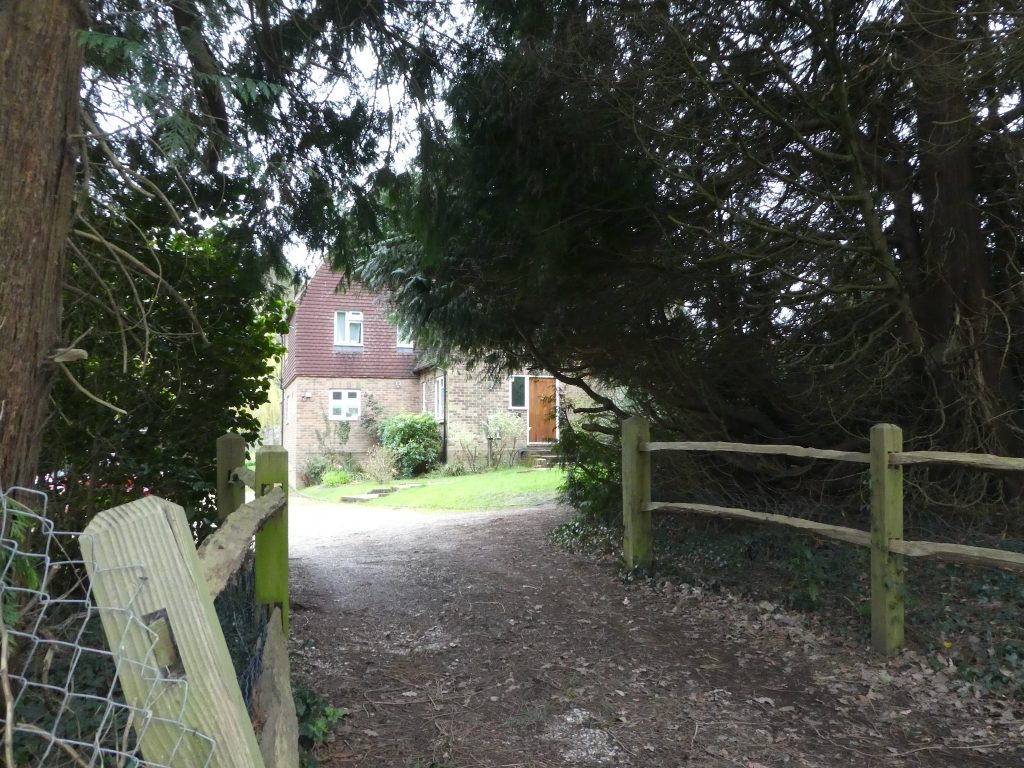 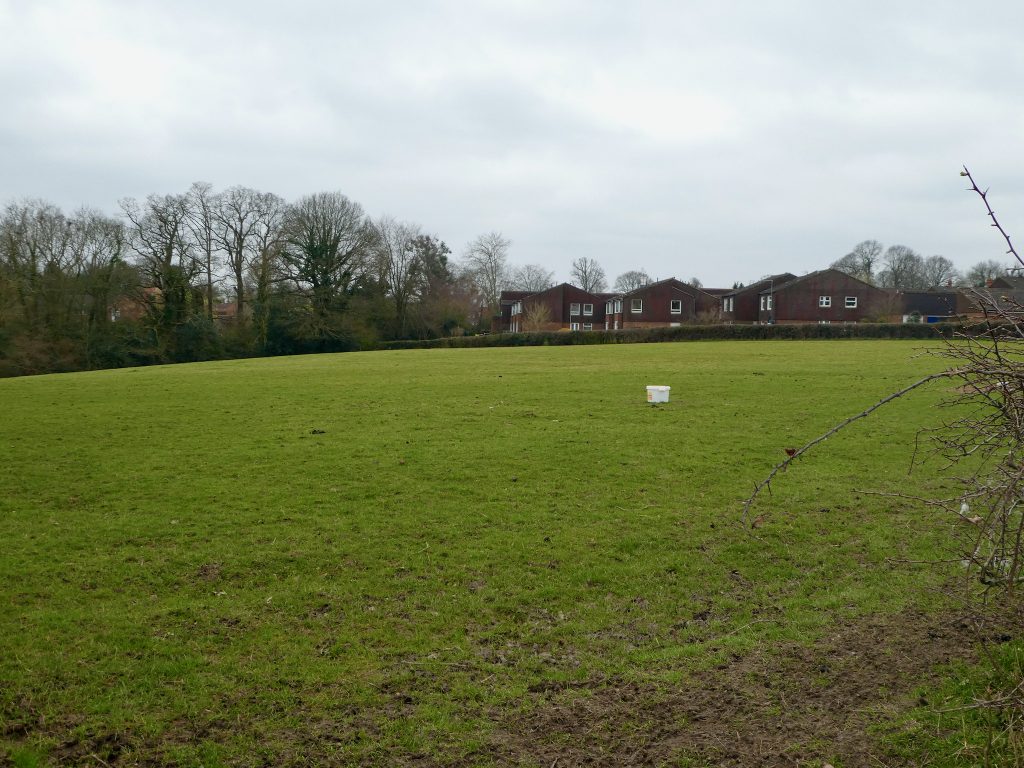 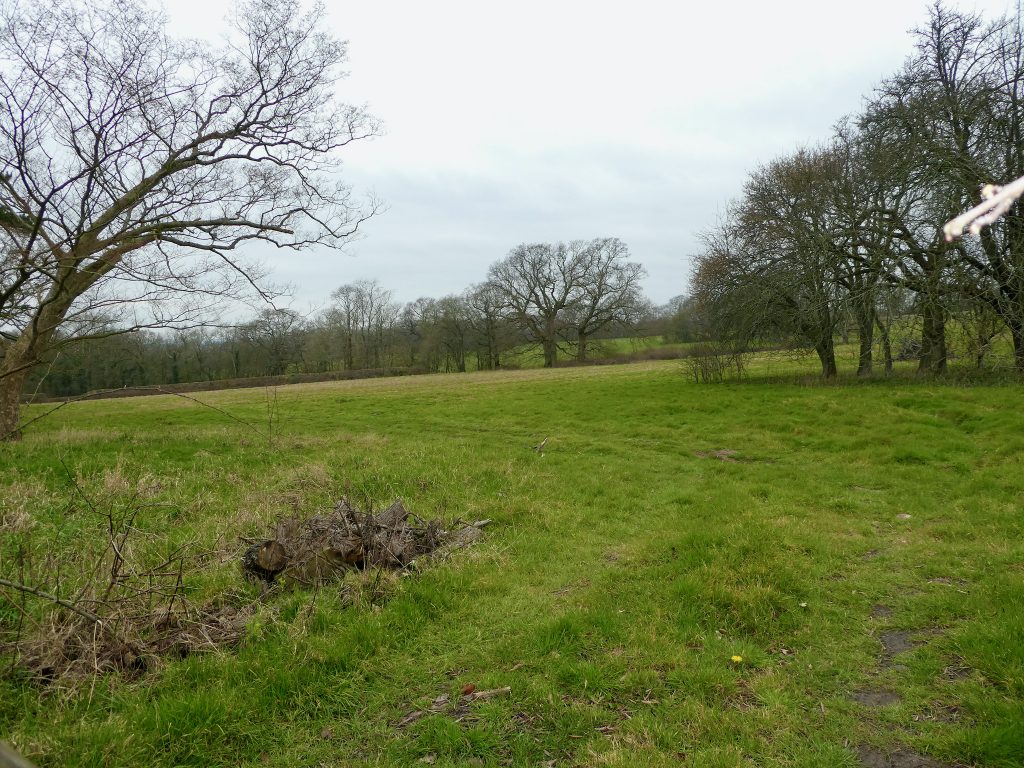 Greenfield site offered for development, not allocated in NDP 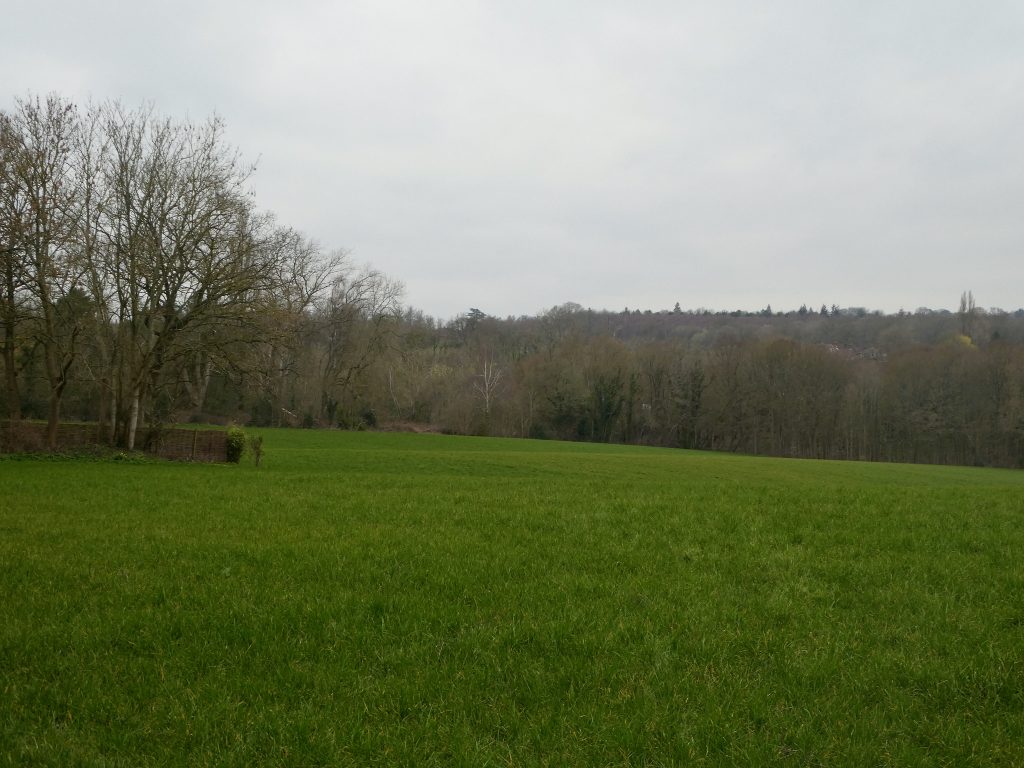 Greenfield site offered for development, not allocated in NDP

Those living near Benenden Hospital have been vocal, stressing the distance to shops and other amenities.  They have suggested it is better to build on greenfield land inside the AONB, nearer Benenden and Iden Green, leaving brownfield land unused.

We, however, see this as a real opportunity to make best use of brownfield land in our parish, with control over sites that would otherwise be a target for developers who have no interest in the needs of the local community.  Allocating these sites in our NDP gives us the best possible chance of managing housing numbers and design, as well as securing protection for wildlife and delivering improved amenities.

It is understandable that concerns are raised when change is proposed, but we believe the addition of around 50 new homes (with permission already granted for a further 24 homes) at East End will substantially improve the two sites and create a more cohesive community alongside the thriving enterprise of Benenden Hospital.

“There are parts of Britain I am always drawn back to. Kent’s Weald has a different feel from much of England. Here, close-knit patterns of small irregular fields are surrounded by tall thick hedges and parcels of ancient woodland … In our archaic land, the age of fields extends all the way back to an era 900 years ago …This land of thick hedges, odd-shaped fields and secret rivers has survived as north-west Europe’s most intact medieval landscape.
Yet on our watch … ” *
Yet on our watch, houses are going up all over the countryside. How to find sites? Our Neighbourhood Planning Committee is the only one in the borough which decided to allocate sites itself, placing most new houses in one huge development in the East End, on a brownfield site at the hospital.A good idea?

Development on brownfield makes sense if you have industrial land near settlements, but the hospital site lies in the countryside, half-way between two villages, and includes environmentally valuable land.Yes, the plan keeps new houses out of the village but it creates a different problem. New families will be forced to do everything by car. East End children, like others in the parish, attend our school. East Enders, like everyone else, engage with the village.There will be more car usage than ever.True, it may create similar problems for Biddenden but is that a comfort?

Brownfield site, outside the AONB, allocated in NDP 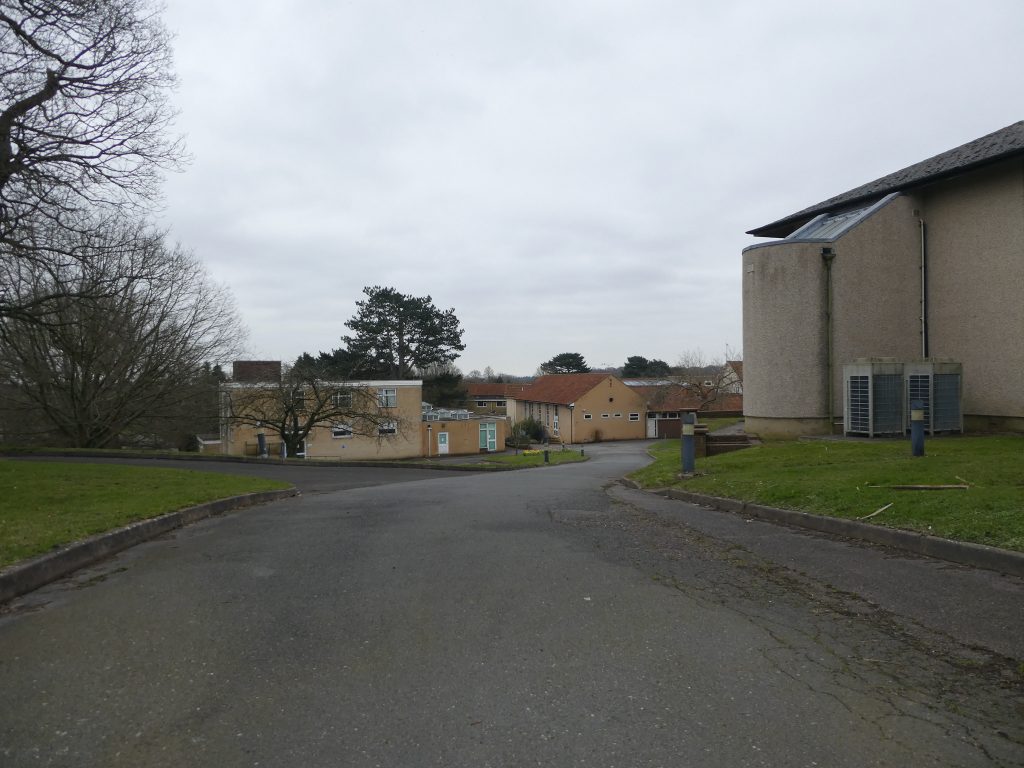 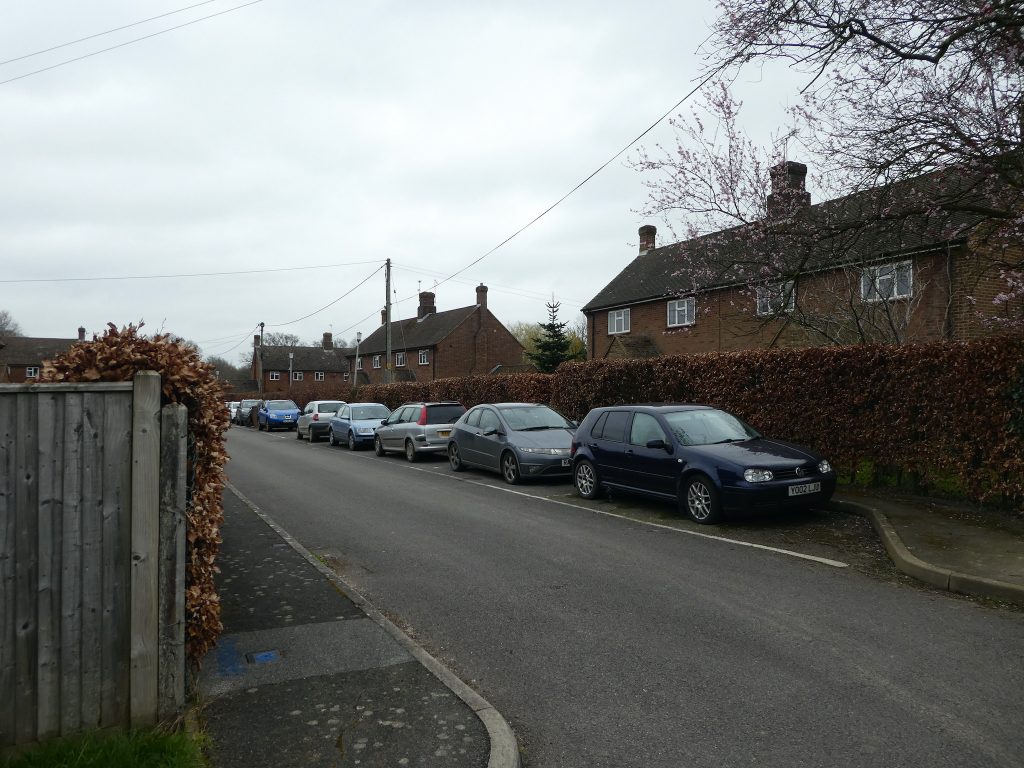 The East End is not a hamlet.There are only two settlements in our parish, which is why the parish council’s job is “serving the people of Benenden and Iden Green”. Because the East End is entirely rural, it was chosen as the site for an isolation hospital which recently built a new centre on greenfield. It now wants to build almost 100 houses on the parts it no longer needs. Aesthetically, the plan improves nothing: those ugly car parks remain.

In 2013, the hospital site was considered appropriate for 24 houses, which seems sensible, but the new draft plan includes 50 new houses in addition to the unbuilt 24, plus 18 houses to replace nine existing buildings (each containing two semi-detached homes for staff).This is far too many houses in one location.

Over time, a new settlement at the East End, as well as the village itself, will expand outwards. Settlements naturally expand outwards.You can try to halt the process, but you cannot stop it.This plan hastens the encroachment of that precious space in between.

In ‘The Rime of the Ancient Mariner’, killing the albatross was a crime.You could say exactly the same of plans to build a new settlement in the countryside.Vote against the Neighbourhood Plan.

Hazel Strouts and Friends of the East End

Examiner Hearing – 25th June 2021
A public hearing hosted by Tunbridge Wells Borough Council.  Find out more here.
Pop-in sessions – 23rd Nov 2019
Find out more about what happens to now the Regulation 14 consultation has closed.  Sessions are on Saturday 23rd November, and the NDP team will be available at:

This website uses cookies to improve your experience while you navigate through the website. Out of these, the cookies that are categorized as necessary are stored on your browser as they are essential for the working of basic functionalities of the website. We also use third-party cookies that help us analyze and understand how you use this website. These cookies will be stored in your browser only with your consent. You also have the option to opt-out of these cookies. But opting out of some of these cookies may affect your browsing experience.
Necessary Always Enabled
Necessary cookies are absolutely essential for the website to function properly. This category only includes cookies that ensures basic functionalities and security features of the website. These cookies do not store any personal information.
Non-necessary
Any cookies that may not be particularly necessary for the website to function and is used specifically to collect user personal data via analytics, ads, other embedded contents are termed as non-necessary cookies. It is mandatory to procure user consent prior to running these cookies on your website.
SAVE & ACCEPT